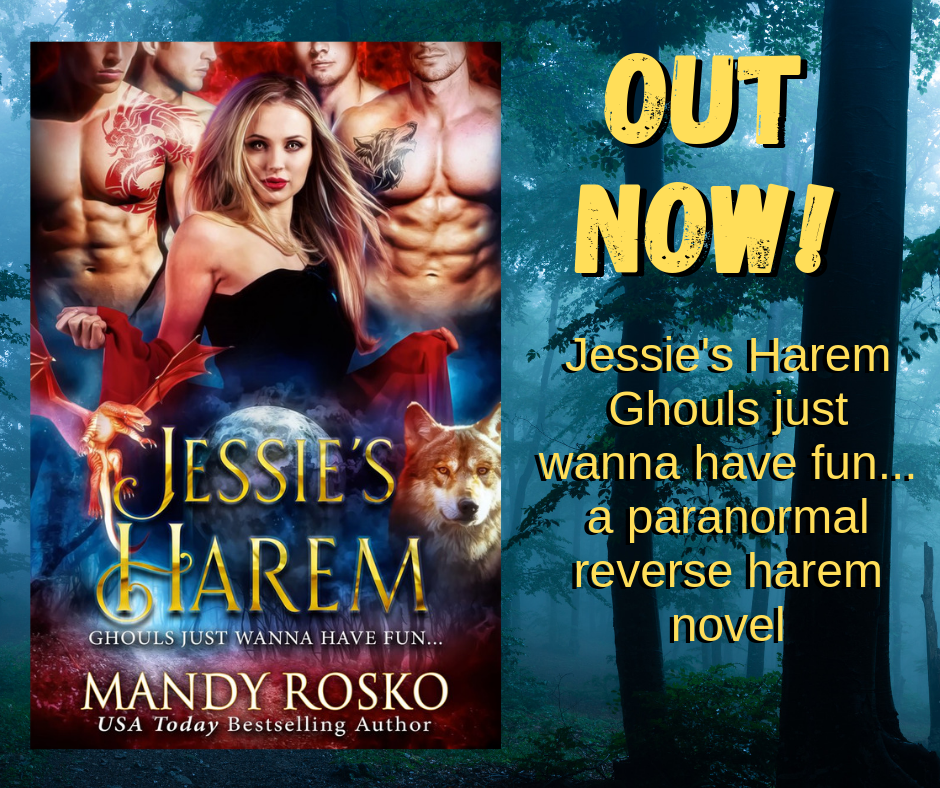 Jessie needs an army. One made up of the strongest alphas she can find if she is to kill a powerful sorcerer. The former master who created her.

She needs warriors, both wolf and dragon alike for this tricky mission. Easier said than done because dragons and wolves don’t get along! Luckily, Jessie’s a ghoul with succubus powers and she doesn’t have to look far to find a few scrumptious men who are the perfect candidates…

She just didn’t expect to have so much fun making the growly warriors do her bidding, though they don’t seem to mind when play time rolls around.

As things heat up in the bedroom, complications arise. The long history of fighting between dragons and werewolves is more challenging than Jessie expected. To ensure her freedom, and their cooperation, she might have to, horror of horrors, release them from her spell.

Trusting four angry warriors to stay on their own free will is a new experience for Jessie. Because, whether she wins her freedom or not, Jessie is used to a solitary, loveless life, and not convinced she’s worthy of four knights in shining armor

Now out on Amazon, Kobo, iBooks, Nook, and more!