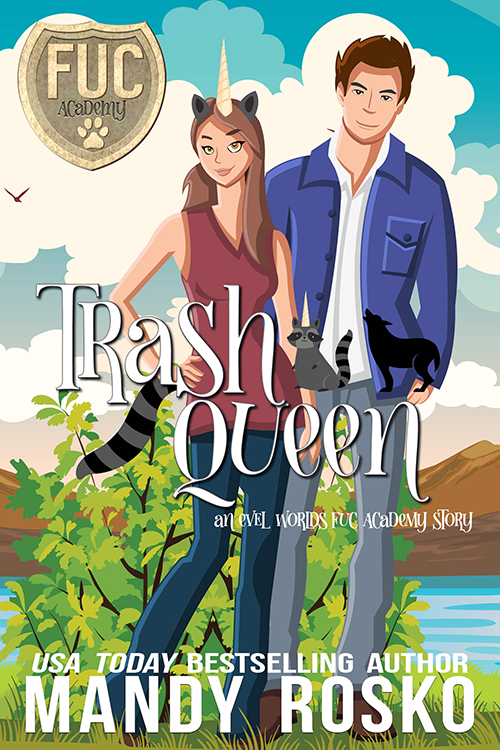 Digging through the trash and taking things that didn’t belong to her wasn’t how Trisha imagined her life would be, but after being kidnapped and turned into a horned raccoon shifter, it’s exactly how she’s turned out.

It’s not all bad, though. She entertains her friends with her sticky fingers and tries to keep to the recycling bins since they’re less icky. And since they’ve been relocated to the Furry United Coalition Newbie Academy, she only takes what she intends on giving back. Unless the person in question really deserves it.

Or is a handsome, if a little grouchy, wolf shifter.

Warren works for the FUC, guarding the rescued lab experiments. There’s not a lot of danger at the compound, but he is aware of one individual that he needed to keep his distance from…

Until she picks his pocket and forces his hand.

As Trisha is discovering herself, she’s also discovering how much she’s into Warren, and there’s only so much one wolf can take before he gives in and takes his treat.

Trash Queen is a Furry United Coalition Newbie Academy (FUCN’A) book, set in Eve Langlais’ EveL Worlds and is available on all platforms!