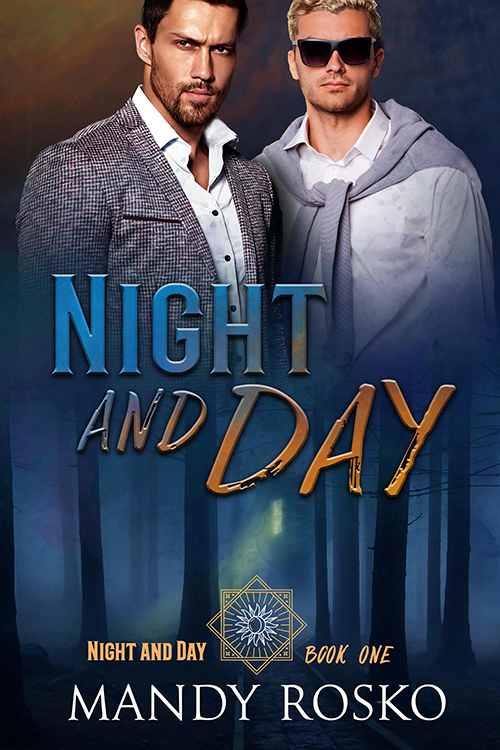 Part of the Night and Day series:

Cedric is out for one last night of fun and freedom before he ties the knot out of familial duty. Knowing that vampires make outstanding lovers, he drags his best friend to a vampire party in hopes of finding a night of passion that will make memories to last him a lifetime.

Silus is a centennial vampire lord, set to take over leadership of his father’s clan someday. At his birthday celebration, he spots Cedric and feels an instant attraction. It was only supposed to be a bit of harmless fun. But one taste and Silus discovers that Cedric isn’t human, as he’d assumed. In fact, Cedric’s from a race of creatures who are sworn enemies to his vampire kind. A creature whose blood is supposed to be poisonous to them.

But after experiencing the most intense orgasm of his life, Silus found himself addicted to the light in Cedric’s blood. The two men quickly realize that one night could never be enough. Forced to face their families and overcome generations of strife, Cedric and Silus must find a way to be together – even if it means war.

Originally published May 12, 2011 by Siren Classic ManLove. This version has been lightly edited but the story remains the same.