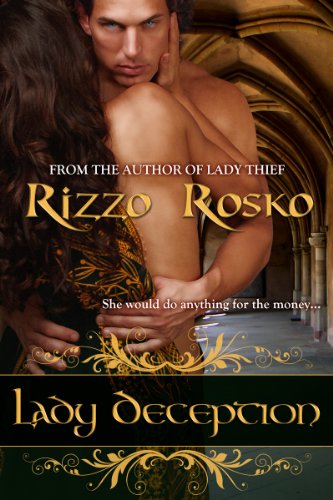 Part of the Historical series:

She would do anything for the money.

Though Elizabeth Holton is the daughter of a wealthy knight, she was raised in poverty after her mother ran away before she was born. ‘For your protection,’ she would say, but Eliza’s mother had to sell her body to cruel men to provide for her daughter.

After her death, Eliza made up her mind to become the lady she believes herself to be. She arranged for the local lord’s son to have an accident while out riding. But the men she hired were too severe. Instead of merely robbing Blaise Gray, they beat him and left him for dead.

Except fall in love.

For saving his life, Eliza is brought to live in Blaise’s castle where she fights her attraction to him, terrified of the pain she will feel should he discover it was her who nearly ended his life.

Though Blaise cannot deny his heated lust for the beautiful peasant girl who saved his life, he also cannot halt his suspicion that she may have had something to do with his attack. It wouldn’t have been the first time someone from the lower class attempted to use him, yet he finds himself falling in love with her anyway. But the confirmation that she had nearly killed him to become a lady could be his undoing.

Published: August 27, 2011
Genres:
Historical
No comments yet
← PREVIOUS POST
Lady Thief
NEXT POST →
My Angel Lover, Have Mercy On Me